David and Gary Wilkerson at the Cape Town International Conference Center. This is Part 1 in a series of four DVDs filmed during an All-Day ministers Conference on 29 March 2004. We believe the Lord will speak to your heart through these messages:
Part 1. Gary Wilkerson: The Cross Centered Church
Part 2. David Wilkerson: The Touch of God
Part 3. Gary Wilkerson: Be set apart for God
Part 4. David Wilkerson: Fire in my bones
Gary Wilkerson is the President of World Challenge, an international mission organization that was founded by his father, David Wilkerson. He is also the Founding Pastor of The Springs Church, which he launched in 2009 with a handful of people. He has traveled nationally and internationally at conferences and conducted mission ventures such as church planting, starting orphanages, clinics, feeding programs among the poorest of the poor and the most unreached people of the earth. He encourages ministers to a single-hearted return to Jesus. His desire is that many come to know the height, depth and vastness of the love of Jesus. Gary and his wife Kelly have four children and live in Colorado Springs, CO.
This DVD was produced by Kerugma Productions, a faith-based venture that strives to proclaim the gospel of Jesus Christ by means of high quality media productions. For more information and access to our other DVDs, please visit our website www.kerugma.org 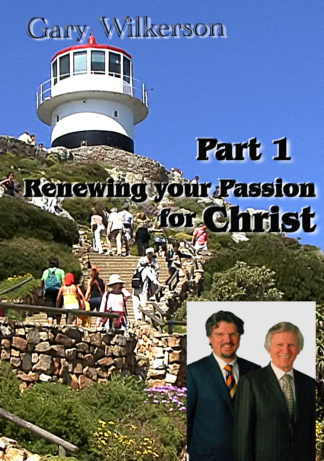