The essential facts about Paul’s life are, for the most part, documented in the Christian Scriptures. Yet, Dr Smith, who had the privilege of standing on every place Paul visited during his ministry, concluded that these facts are but a shadow of the man who stood the test of brutal beatings, shipwrecks, homeless wanderings and many rejections for the cause of proclaiming Jesus. A cause for which he would pay the ultimate price. But a cause through which he established many churches amongst the Jews and the Gentiles in a pagan world that was totally ignorant about the sacrifice that God brought by permitting the crucifixion of His own Son, the Lord Jesus Christ, for the sin of this world.

In Session 1 Dr Smith presents the very life of the unique man Saul of Tarsus and gives a timeline of his writings.

In Session 2 Dr Smith expounds upon the Early “Prophetic” Writings of Paul namely 1 and 2 Thessalonians.

In Session 3 Dr Smith deals with the “Polemic” Writings of Paul namely Romans, 1 and 2 Corinthians and Galatians.

In Session 4 Dr Smith explains that while Paul was under house arrest, he had some time on his hands, with the result that he could write the so called “Philosophical” Epistles, Ephesians, Philippians, Colossians and Philemon.

In Session 5 Dr Smith shows how Paul, in his letter to the Philippian church, offered specific directives from the Spirit of God, helping believers know how to discern the best path in following Jesus.

In Session 6 Dr  Smith shows that Paul knew the days ahead were short and wanted to “pass the torch” in Pastoral Epistles (1 and 2 Timothy and Titus). 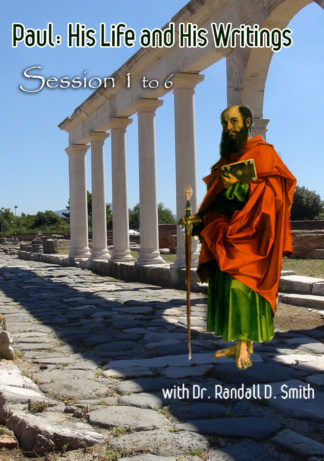