David Wilkerson: The Touch of God

Reverend David Wilkerson is perhaps best known for his early days of ministry to young drug addicts and gang members. His story is told in The Cross and the Switchblade. During the last years of his life, David has been led by the Holy Spirit to exhort pastors and their spouses throughout the world to renew their passion for Christ. For over four decades, Reverend Wilkerson’s evangelic ministry has included preaching, teaching and writing. Throughout that time a distinctive characteristic of his work has been his direct efforts to reach the most needy among us, with help for both body and soul. He has authored over 30 books. On April 27, 2011, David died in a car accident, just before his 80th birthday.
This is Part 2 in a series of four DVDs filmed during an All-Day ministers Conference in Cape Town, south Africa, on 29 March 2004. We believe the Lord will speak to your heart through these messages:
Part 1. Gary Wilkerson: The Cross Centered Church
Part 2. David Wilkerson: The Touch of God
Part 3. Gary Wilkerson: Be set apart for God
Part 4. David Wilkerson: Fire in my bones 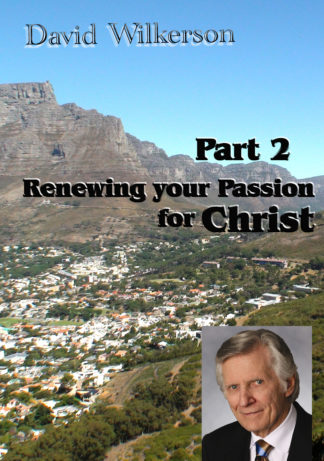 You're viewing: David Wilkerson: The Touch of God R79.95
Add to cart